How Pit Bulls went from widely loved to marginalized, bullied and banned

And how modern advocates are working to end the stigma

Train and Play Philosophy
Puppy Socialization: What is it and why you should care
5 Puppy Massage Techniques to Relax Your Dog
At-Home Dog Grooming Guide
Four Ways You Can Help Shelters & Rescues During COVID-19
COVID-19: Fitdog Updates
Four indoor exercises your dog needs right now
Meet the Women of Fitdog!
Fitdog 2020 Valentines to Benefit Guidry’s Guardian Foundation
Why You Should Never Fake Having a Service Dog
Overheard Dogs
Thanks for joining our Ugly Sweater Pawty!
Help us collect 2020 lbs. during our pet food drive!
Scent Work provides mind games for the nosey hound
Fitdog’s 9th Annual Howl-O-Ween Photo Contest!
Surprising ways pumpkin benefits dogs
Natural ways to de-flea your home
‘My Friend: Standing Strong’ will give you hope and insight int …
Why daycare is not a cure for separation anxiety in dogs
The secret to pet-proof landscaping
Why you want professional dog hikers in your neighborhood
Why your dog’s 30-minute walk isn’t cutting it
Is Game of Thrones to blame for uptick in homeless Huskies?
8 things you didn’t know about corgis
Is a raw food diet right for your dog?
Dog admitted to USC on full-ride sports scholarship
Dog-friendly events in Los Angeles
Fitdogs named after celebrities
5 places dogs dislike
You ain’t nothin’ but a hound dog
The Fitdog Guide to Bone Treat Safety

It’s no secret that pit bulls have an unfavorable rap. But how accurate is their representation in the media and among people in general?

History shows that these dogs were bred in the 19th century for farm herding and family companionship before being appropriated for bull baiting and underground dog fighting rings. In the 20th century, pits became the face of WWI America, and in fact, the most decorated dog veteran is a pit bull named Sergeant Stubby. In the early days of Hollywood, Petey stole our hearts in The Little Rascals. Today, they are on the banned breeds list of most property owners and still face serious discrimination. 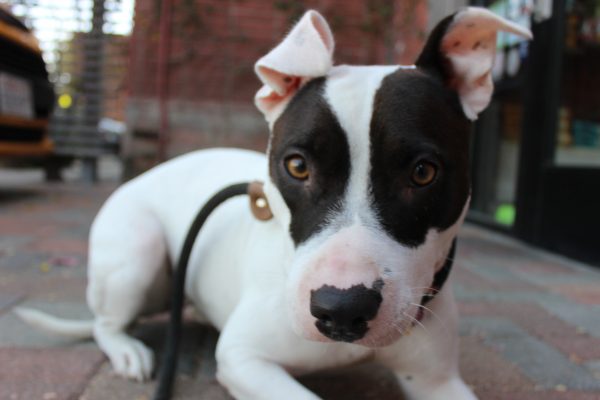 An LA Times article cites instances such as Theodore Roosevelt’s pit bull biting the pants off of a French ambassador as the kind of shenanigans that gained this breed their “bully” reputation. However, there is no single incident we can point to.

Before the 1980s, stories of pit bull attacks were rare. Throughout the decade, however, stories like this one began to emerge, changing people’s perception of pit bulls. A child being killed by a pit bull is undoubtedly horrendous, but the article uses this incident as a launching pad to attack the entire breed. The article quotes several animal control officers who make generalizing claims about pit bulls. And the rest of the proposed “facts” about the breed are speculative at best. What this article does do positively is highlight the cruelty of the people who breed pit bulls for fighting and other personal gains.

Scientific research on the pit bull’s genetic predisposition to violence is both inconclusive and contradictory. People will breed dogs with the most desirable genetic pool, but what is considered desirable is entirely up to the owner. If someone wanted to breed a pit bull for fighting, they would probably go for parents who had great strength and agility, but that does not make the resulting pups vicious by nature; that comes from human conditioning.

Here at Fitdog, we see all kinds of breeds come through our doors. A dog’s breed is not indicative of its behavior, and one dog’s behavior is not representative of an entire breed.

It wasn’t a single incident, but years of spiraling rumors and generalizations that have made pit bulls as stigmatized as they are. Luckily, there are those who have been able to see past the veil and advocate for this breed.

Today, organizations around the world are speaking up for pit bulls through action and documentation. In 2010 Libby Sherrill released Beyond the Myth. This documentary exposes pit bull discrimination as a social stigma with little scientific evidence to back it. The film also features personal testimonies dealing with the strict regulations cornered against the breed.

In 2015, a documentary called Champions came out about Michael Vick’s dogfighting operation. The documentary visits some of the survivors who went on to live happy, safe and rehabilitated lives.

Photographer Sophie Gamand‘s “Flower Power” is composed of portraits of adoptable pit bulls. Her goal is to raise awareness by “shortening the emotional distance between the viewer and this misunderstood breed.” Her work has resulted in adoptions all over the country.

Nonprofits and other organizations that support bully breeds are ample. Los Angeles-based Angel City Pit Bulls started as a small group founded by like-minded Pit owners. Since then, they’ve grown into a well established nonprofit, seeking a better future for pit bulls through education, advocacy, and adoption. Online communities such as Pit Bull Rescue Central exist to better place pit bulls into responsible, loving homes. They also facilitate national adoptions through their site.

It’s time to change the dialogue on pit bulls. We hope to one day see a world where dogs can live happy lives without being discriminated against for their genetics. So tell us, what will you do to advocate for pit bulls this month?

Categories:
What’s next?
The difference between obedience and behavioral training

When you get a dog, nobody gives you a guide on how to navigate pet parentdom. Unless you have a really nice friend who gets you a Dogs for Dummies book, you're likely left scratching your head at...

read more
More from Off The Leash:
Train and Play Philosophy
Puppy Socialization: What is it and why you should care
5 Puppy Massage Techniques to Relax Your Dog