We salute our K9 Veterans

Memorial Day is a day to remember and honor all of those that have served our country. Sometimes we forget that that includes dogs, too! That’s why working military dogs have their very own holiday, K9 Veterans Day.

The U.S. Military has employed working dogs since World War I, establishing the U.S. K9 Corps on March 13, 1942. These brave dogs have served in every war since then, and continue to help America’s military today. In order to celebrate K9 Veterans Day and remember all of the fallen dogs, we have put together a list of some of the most notable military dogs and why they, too, are American Heroes. 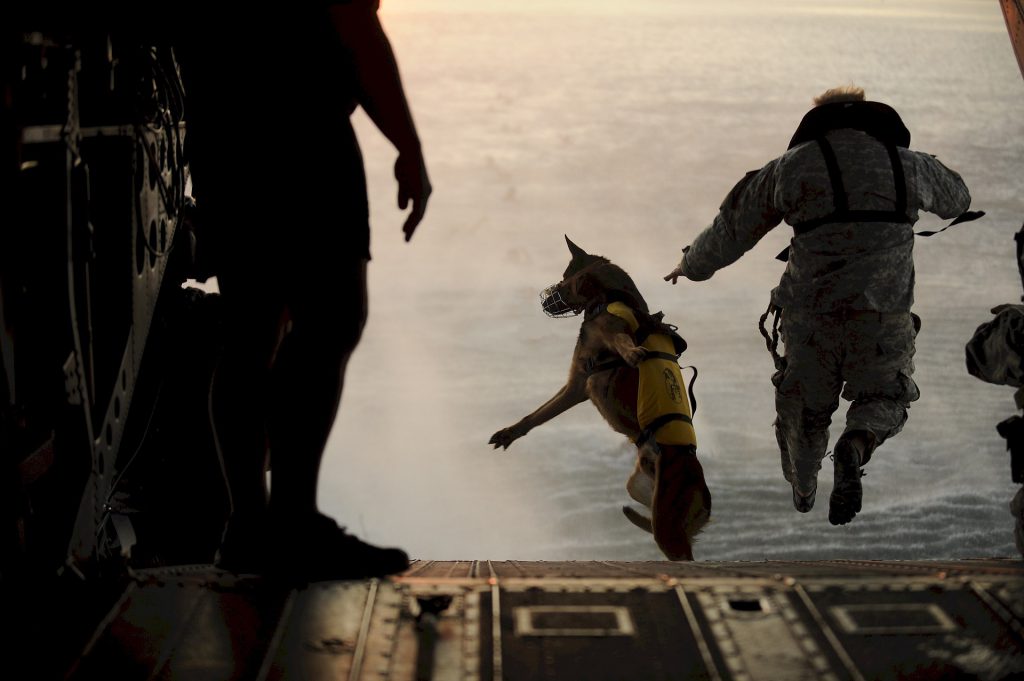 Toby is a Black Labrador Retriever that was trained as a Specialized Search Dog. He did an 11-month tour in the worst part of Afghanistan and led the combat patrol in searching for IEDs and Taliban insurgents. During his tour, Toby discovered countless explosives, RPG caches, and a 250-pound guided bomb that failed to detonate on impact. However, most noteworthy of these efforts was a raid on a Taliban house. He went in the house first but immediately stopped and refused to let anyone in. At this point, the patrol became suspicious and called in the bomb squad who notified them that the entire place was wired to explode. Toby saved the lives of dozens of men throughout his tour and is a true American Hero.

Kaiser was a German Shepherd who served in Vietnam with the Marines. Along with his handler Marine Lance Corporal Alfredo Salazar, he did more than 30 combat patrols and participated in 12 major operations. He eventually joined “D” Company for a search-and-destroy mission where he was ambushed by enemy forces and hit. Unfortunately, he passed away while trying to lick his handler’s hand. Kaiser was the first military dog killed in the Vietnam War and was buried at the unit’s campsite, which was then christened “Camp Kaiser” in his honor.

Chips was a Collie-German Shepherd-Siberian Husky mix who was the most decorated dog in World War II. With his help, troops were able to take 10 enemy Italian soldiers captive. He was awarded the Distinguished Service Cross, Purple Heart and a Silver Star for his war efforts. Chips was lucky enough to have survived the war and returned home to Pleasantville, N.Y in 1945.

Seargent Stubby was the first-ever military working dog, serving in World War I alongside the Yankee Division. He is the most decorated military dog in US history. And he even had a short film recently made about him!

These dogs truly embody the American spirit, and we couldn’t be more proud of them for risking their lives for our country.

Do you know any heroic K9 Veterans?

The American Humane Society is now hosting nominations for their Lois Pope K-9 Medal of Courage. Nominations are open now and you can vote for a heroic dog to receive this honor! Read here to learn about the latest group of recipients.

Posted on April 27, 2020 Fitdog Club is now open for grooming services Monday - Friday, 9am to 5pm. Fitdog Sports is offering Group Dog Walks Monday - Friday. If you are interested, please email us at contact@fitdog.com. Fitdog Training is...