Meet Jeff Soto, Fitdog’s longtime Principal Trainer and friend! Jeff has an amazing way of communicating with dogs that helps them comprehend training. His students are a testament to his incredible skill. After years of working with Jeff as our principal trainer, we’ve seen so many dogs turn their lives around under his guidance. 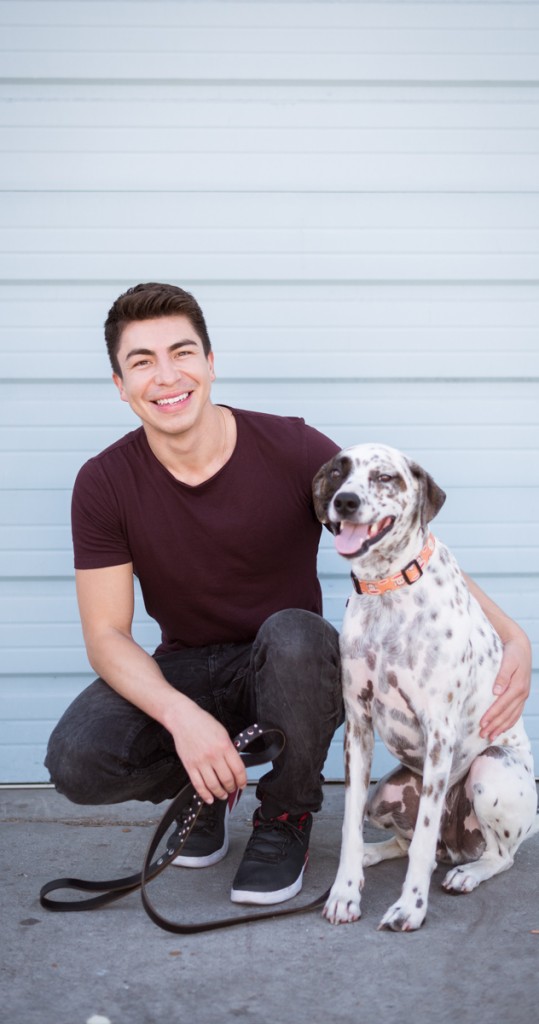 Jeff Soto has been training dogs for over 11 years and has always had a strong connection and ability to communicate with animals. Growing up, he had dogs, chickens, ducks, rabbits, birds, iguanas, turtles — you name it! He currently has two rescues, an Argentine Dogo named Lucky and a Dutch Shepherd named Willie. Both are very tough, but such majestic dogs!

Jeff furthered his education with dogs while apprenticing for one of LA’s Top animal experts. During this time, he gained valuable experience that gave him the confidence to train dogs professionally. He also spent years researching, reading, and applying different techniques with rescues that desperately needed help in order to avoid being put down.

Jeff’s favorite part of the training process is establishing a trusting bond and relationship with a new dog. This gives him valuable insight as to what approach to take for each animal.

Fitdog: What is one tip you would give dog owners regarding training?
Jeff Soto: Exercise! Give your dogs the opportunity to be dogs! Most of the issues I come across stem from a lack of physical and mental stimulation. Reduce excessive amounts of affection, spoiling with food/treats, and establish boundaries in your home. If your dog has good recall, take him/her out to an open field once in a while. Explore nature somewhere.

FD: What is the biggest transformation that you’ve seen during training?
JS: I rescued and trained a deaf bulldog named Pierre a few years ago. This dog had no training at all and would be euthanized if he wasn’t rescued. So, I decided to train him with hand signals and a vibration collar. I taught him obedience, recall, walking on a leash, and manners in the home. I got him to the point where he was able to be off leash on walks and dog parks.

His personality blossomed and his sense of boundaries became clear. He turned into such an amazing dog! A great couple ended up adopting Pierre a year later. It was very hard for me to let him go!  I couldn’t believe this dog was on the verge of being put down. This not only transformed the dog but transformed me as a trainer.

Jeff Soto is the Principal Trainer for our Board & Train programs. If you’re interested in your dog doing a 2-3 week transformative training experience, then please contact us here!

Categories:
What’s next?
How not to get discouraged from potty training

We all know how difficult it can be potty training your pup! It’s easy to get discouraged, or even want to give up! But, don’t! Here are some tips to help you get through potty training. Don’t panic if...