Fitdog, a long time supporter of the Los Angeles Police Canine Association, finally made it out to their annual fundraiser event, the 19th Annual Police K9 Demonstration & Educational Public Safety Fair in Redondo Beach. At the event, police dogs show off their amazing skills and trainers demonstrate the technical level of their training. As if we weren’t impressed with K9 police dogs before – we are definitely impressed now!

The Los Angeles County Police Canine Association represents nearly 60 law enforcement agencies and protects and serves 22 million citizens in an area of over 3500 square miles.  Dogs are a valuable asset to the police force as they continue to be unsurpassed in detection whether it’s detecting drugs, alerting a team to a suspects location or leading the team during a night search.

So how does a dog become a part of this elite force? Dogs attend Basic Training for 5 weeks beginning at the age of 2 to 4 years old.  After the Basic Training ends, they are assigned to a handler where they spend 24/7 learning and navigating new scenarios. Once a month, these pups, meet up for a group training and will continue to train until they retire.

If you’re wondering what exactly happens at a K9 police demonstration event, here are some of the highlights.

Just like with our Fun & Fit Agility class, dogs are trained to navigate an obstacle course not only to improve their relationship with their trainers, but to learn how to approach new challenges and desensitize them to different surfaces such as slick floors, gravel, and carpeting. In the demonstration, dogs scaled walls, jumped over barricades and climbed down ladders.

To demonstrate the restraint, control and power of the dogs, the dogs engaged in a series of activities or games. These games are fun for the dog but also teach them valuable skills that help them while on duty.

The first game, Closest to the Agitator  is sort of like the game “Red, Light Green Light”, but for dogs. In the game, a decoy stands on one end of the football field across from the dog on the other end. The dogs then run full speed to the decoy and had to stop when their trainer told them to. Whoever stopped the closest to the decoy won! 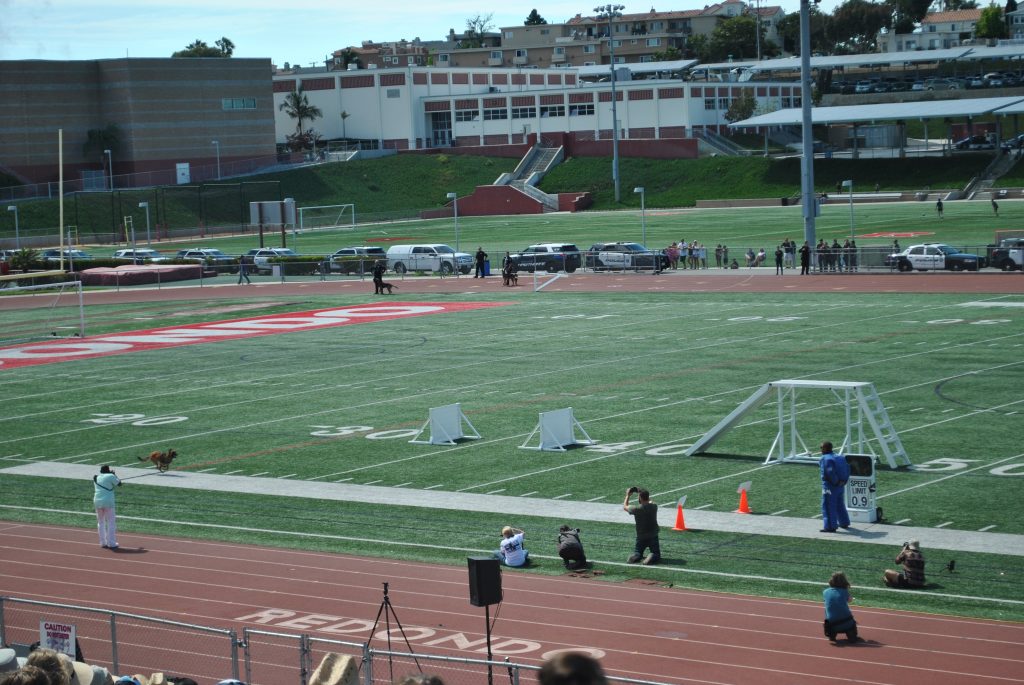 In the Toughest Dog Competition, the dogs perform a straight takedown on a decoy. The decoy gets a bit of a running start, and then the dogs have to chase and take him down as quickly as possible. Luckily these guys are wearing lots of padding! 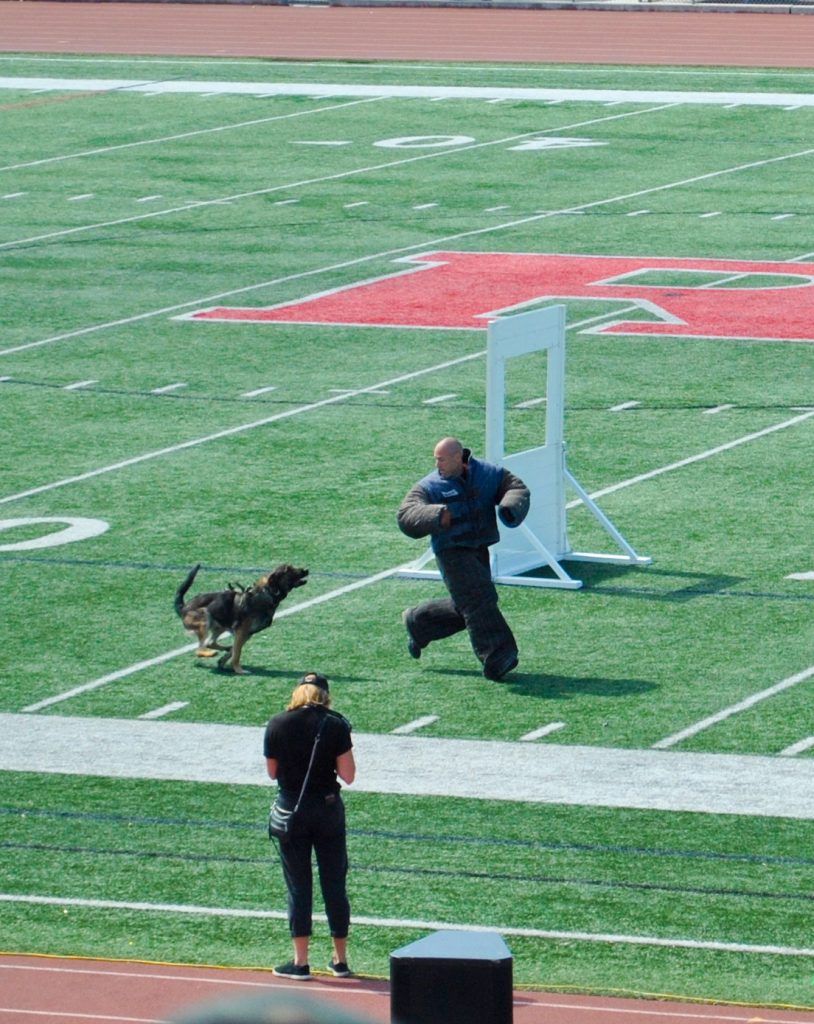 In the Narcotics Search game, two pick-up trucks were brought onto the field which they hid drugs in 4 different spots. One truck was for the dog to search, the other truck was for a group of people to search. Obviously, the dogs won – duh!

In the Fastest Dog Competition, it was exactly as it sounds. Dogs run full speed past a speed radar and whoever was the fastest would win. The fastest dog in this race ran 22mph! 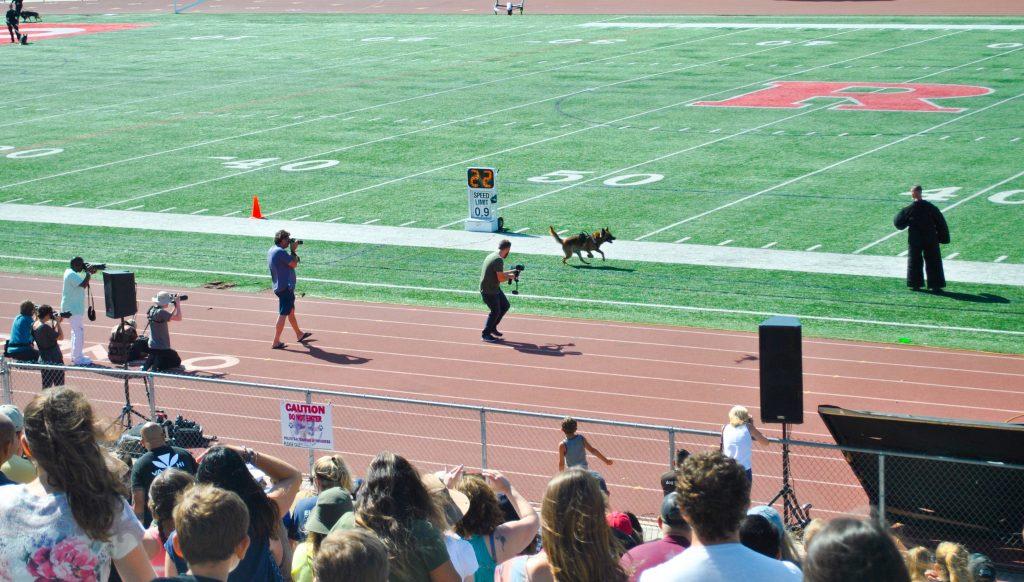 The show ended with an impressive Helicopter Drop.  A police helicopter swooped onto the 50 yard line, a rope dropped and armed officers came down one-by-one. Last out was the canine! They all got into a crawl position to head toward a decoy. When the decoy fired off a fake gunshot, the dog heroically took him down! Click here to watch it! 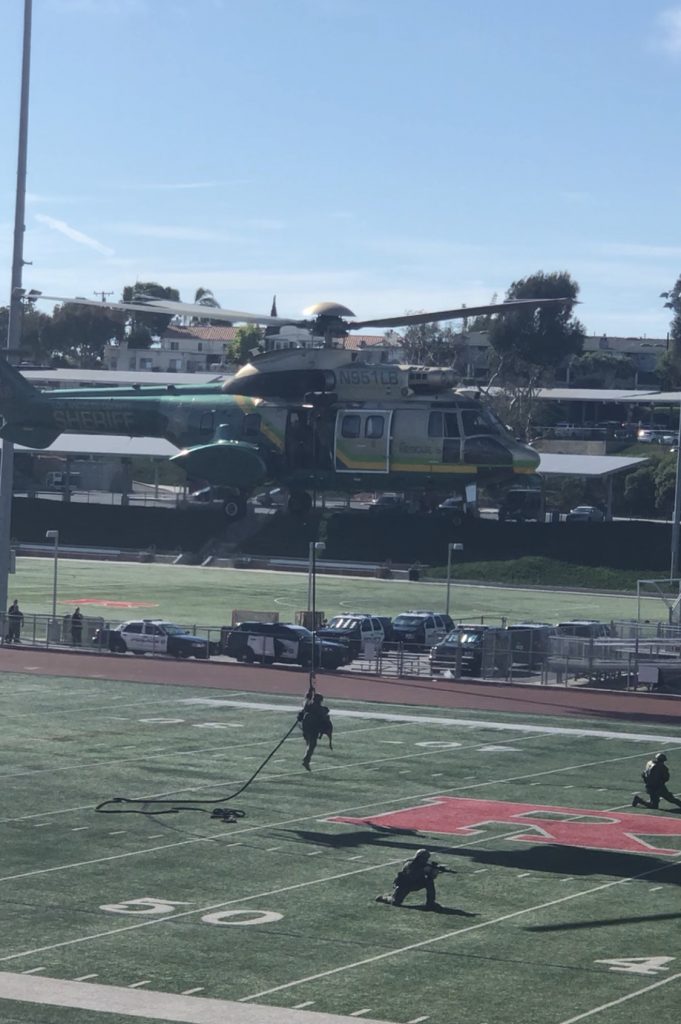 Overall, it was an amazing event and definitely worth the drive down to Redondo beach. So if you didn’t make it this year, definitely go in 2019 and support the dogs and trainers who work hard to keep LA county safe.

Categories:
What’s next?
National Mutt Day: Why mutts are awesome!

It is National Mutt Day, and we are turning the spotlight on these amazing dogs all day long! Keep reading for some fun facts - and fun mixes! Most people already know what a mutt is, but if you...