Fitdog Asks: When to spay and neuter your dog

COVID-19: Fitdog Updates
Four indoor exercises your dog needs right now
Meet the Women of Fitdog!
Fitdog 2020 Valentines to Benefit Guidry’s Guardian Foundation
Why You Should Never Fake Having a Service Dog
Overheard Dogs
Thanks for joining our Ugly Sweater Pawty!
Help us collect 2020 lbs. during our pet food drive!
Scent Work provides mind games for the nosey hound
Fitdog’s 9th Annual Howl-O-Ween Photo Contest!
Surprising ways pumpkin benefits dogs
Natural ways to de-flea your home
‘My Friend: Standing Strong’ will give you hope and insight int …
Why daycare is not a cure for separation anxiety in dogs
The secret to pet-proof landscaping
Why you want professional dog hikers in your neighborhood
Why your dog’s 30-minute walk isn’t cutting it
Is Game of Thrones to blame for uptick in homeless Huskies?
8 things you didn’t know about corgis
Is a raw food diet right for your dog?
Dog admitted to USC on full-ride sports scholarship
Dog-friendly events in Los Angeles
Fitdogs named after celebrities
5 places dogs dislike
You ain’t nothin’ but a hound dog
The Fitdog Guide to Bone Treat Safety
Watch the best of Buzzfeed’s animal videos right here
Husky pulls puppy off couch, shows dogs get jealous too
Fitdog of the Month Hall of Fame
Tips for Training Non-Treat Motivated Dogs
Meet Sadie! Our Fitdog the Month for March 2020

There’s so much debate on when to spay and neuter your pet. As with most arguments, there are passionate perspectives from either side.

The one point that nearly all vets can agree on is that spaying and neutering are necessary for lowering homeless animal rates. Animal homelessness is a huge problem in the USA, and by spaying or neutering your pet, you can prevent pregnancy and ultimately lower the homeless pet population.

For most people, the question is not IF but WHEN they should spay or neuter their pet. To help you decide the best time to spay or neuter your pet, we’ve done some digging on common generalizations around the topic to separate fact from fiction. 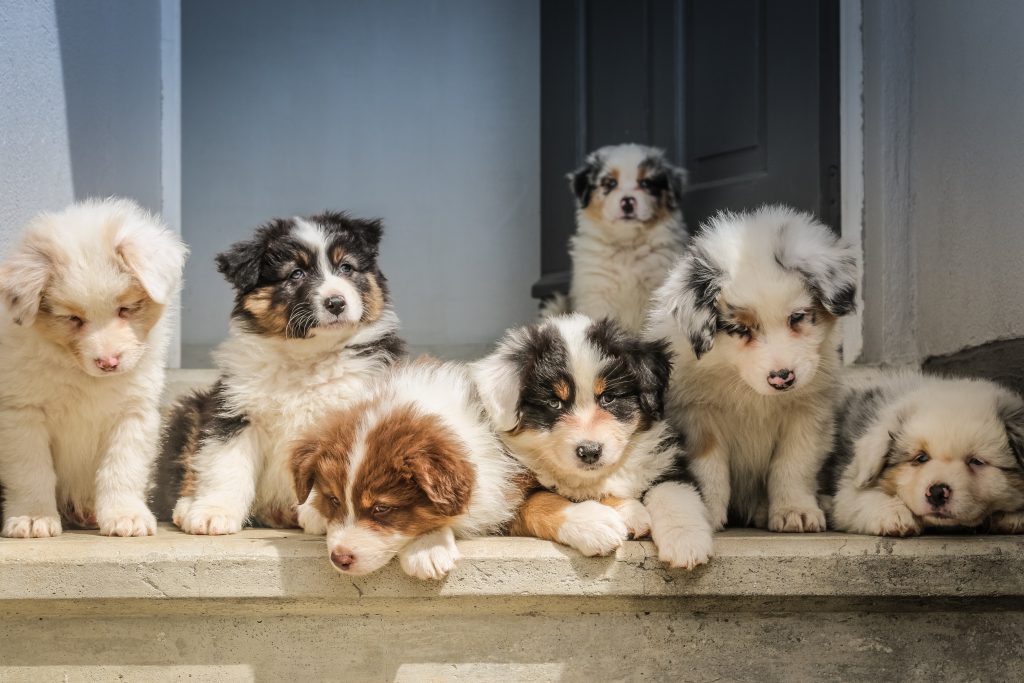 “Sterilizing too young can affect your dog’s growth”

Vets usually say to wait until at least six months because this is when dogs’ growth plates typically close. However, another report found that growth plates close anywhere between an average of six months to a year. Truly, this factor is dependent on the particular dog and breed. Larger breeds tend to take longer to finish growing.

According to one long-term Cornell study, “puppies who underwent pediatric neutering before 5.5 months of age had an increased incidence of hip dysplasia.” Spaying any dog before 5.5 months can affect their growth and bone development, which is why vets recommend waiting for that six-month mark.

“Sterilization has been linked to cancers”

This is a common concern among pet owners. However, it’s difficult to pin a multi-factor disease such as cancer specifically to spaying and neutering.

To say sterilization causes a dog to gain weight is like saying menopause causes women to gain weight. It’s not the only cause of weight gain, but it does slow the body down– it’s just part of the natural aging process.

As dogs get older, it’s important to maintain a healthy diet and exercise routine to ensure optimal health into their golden years!

There are several low-cost options for spaying and neutering your pet. Right here in LA there are free mobile clinics with the mission to end animal homelessness. Spaying and neutering is a common procedure that every dog owner can afford if they seek out the right assistance. Cost should never be an excuse to keep your dog intact!

Most dog daycares and boarding facilities require dogs to be spayed or neutered by six months old. Six months is about when dogs reach sexual maturity. Additionally, a dog’s growth plates close around the 6-month mark as well.

At Fitdog, our policy surrounding spaying and neutering is out of primary concern for our dog’s health and safety. Dogs who remain intact after six months old have a higher chance of being attacked by their peers in a daycare setting. This happens regardless of how social, pleasant or nonconfrontational the intact male or female is. Male dogs will fight each other for the attention of an intact female in addition to excessively mounting the female. The male dogs will also repeatedly mount and confront an intact male to prove dominance. Overall, sterilization is the safest option.

It is important to consider your dog’s health and wellbeing in making your decision. If you want your dog to have socialization and exercise during adolescence, spaying or neutering around 6 months makes sense. Say your vet is pushing for a later date, and you are equally concerned about bone development, waiting 9  to 12 months may be a better option for you.

If your vet recommends having your dog spayed or neutered earlier or way after six months, it is always helpful to seek out a second opinion. Here’s to many happy years to look forward to with our pets!

This month, it's all about dog surfing! Surfing has a rich history in Southern California, and the Santa Monica area specifically. It would only make sense that locals make sure everyone can enjoy the family beach day. At least,...